Anyone who knows me (and I doubt you’re reading this blog unless you know me) knows that I’ve been self-employed as a web developer for going on 10 years now.  I have a lot of thoughts about the self-employed life, but first, a study that validates them:

The study by Professor Peter Warr from the Management School and Professor Ilke Inceoglu from the University of Exeter found that despite working longer hours and having less job security, self-employed workers were among the happiest with more freedom and control over their work life.

I definitely work generally more hours than I did before I was a freelancer.  This is because half the jobs I’ve held as an adult couldn’t produce enough work to keep me busy.  At least one corporate job I had gave me something like 4-5 hours of work. Not per day. Per week. It shouldn’t have come as a shock to anyone that I was laid off from that job at the start of the recession. I’d already been looking for something more interesting for a few months.

As a freelancer with a fairly well valued skillset (web development), I find myself employed mostly to the degree I want, and no more or less.  I’m very lucky in this  My billable hours goal for any given week is 20-25 hours, more if I want to buy a new toy of some sort, or more just because the work is interesting.  Of course, I work far more hours than that, but that’s how much of my time needs to earn.  And one great thing about being self-employed is, while the income is more variable, you see the writing on the wall long before the pink slip shows up.  The first time I was laid off in 2008, I was caught off-guard, if not entirely surprised. I was laid off a few months later from another job. I’ll never be surprised by someone wielding the ax again; because if anyone wields it, it will be me.  And that kind of hyper-uncertainty back in the Bad Old Times made self-employment seem far more stable even in the beginning.

The aspect of this study I do not dispute is that I have far more personal freedom than before.  If I want to take a walk, or a day off, I take a day off or go for a walk. If a project comes in that I’m not well suited for,  I can turn it down (provided I don’t need the money desperately).  In general, more personal freedom has led to higher levels of personal happiness.  Being able to do what I want, when I want, without ridiculous office place rules mucking things up has been wonderful. The downside on the happiness issue is, with great responsibility comes great anxiety. There have been times when I’ve been stressed to my breaking point by making to all continue to work.

Self-employment isn’t for everyone.  But if you’re like me at all and you get a shot, I recommend giving it a chance. You might find your quality of life significantly improved by it. 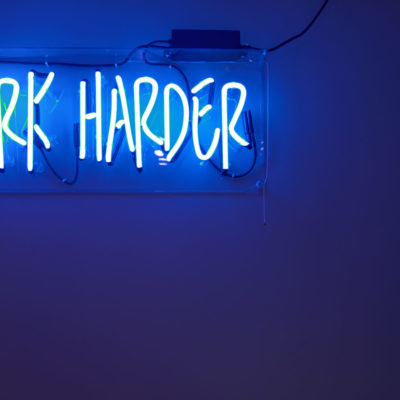 Although building websites for authors isnt terrible lucrative, Gotta make those dollar bills, I should build websites for yacht owners