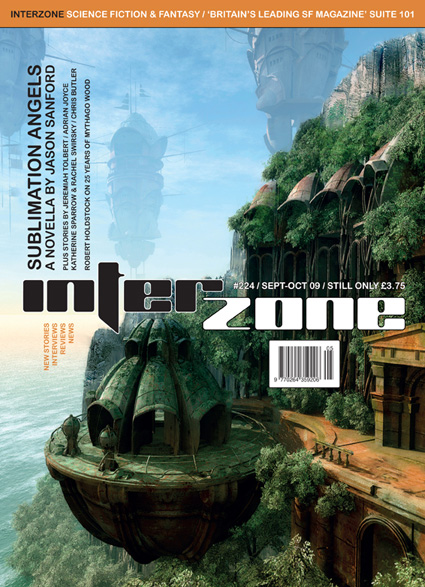 This is one of my attempts at writing truly alien aliens.  At least in the sense that they are hominids with bumpy foreheads, anyway.  Ultimately, for believable biology, I relied heavily on the kind of thing that dwells deep below the ocean.  Muskblue’s ecosystem and life is based on the concept of whalefall, and the ephemeral ecosystems that pop up when a whale dies to consume the carcass.

Notable also because the only human this story features is dead.

The dead expedition member floats on the surface of Kharybdis for days before enough corpse gas escapes that the currents drag him down. His corpse drifts from the shallow reefs into deeper water where he sinks ever down­ward. He is lost to the total darkness of the abyssal plains. The corpse ends its fall with a gentle splash in the thick benthic sedi­ments.