Posts Tagged ‘Takeshi is an asshole’

Exciting news spread like this season’s flu through SF/F Twitter today–Amazon will be adapting Consider Phlebas by Iain M. Banks. It looks like we’re finally going to get a show with giant spaceships named “Just Read the Instructions” and “Of Course I Still Love You.”

Me, I’m not a huge Culture fan, although I respect it. In truth, I’ve only read Player of Games and I found it to be a little lacking. I waited too long to dive into these books and allowed my expectations to build too high, probably. The twists in the plot seemed predictable to me and the descriptions of games didn’t match the richness of my own gaming experiences. I would like to see a take on the same concepts written now in the golden era of board games. The writing was ace, though, and I like the ideas in the world-building quite a bit. I do intend to read more of them soon, and I can’t compare my one book experience to the the opinions of those who have read all of them.

I’ve seen a lot of trepidatious excitement about this adaptation, which while this one isn’t my particular cup of tea, I know that feel, bro. Back in 2002-2005, just out of college, I was awash in a new wave of exciting science fiction, the stuff that made me want to take up writing again. China Miéville blew my mind, and then Richard Morgan shot the still airborne pieces with pinpoint precision. I absolutely loved Altered Carbon when it came out, and I avidly read all the other Takeshi Kovacs books as they were published. I felt that same trepidation as the Culture fans at the news that Altered Carbon was getting the Netflix treatment.

So how do I feel about the series? “Meh” would be rude, so how about “lukewarm.” I mean, it goes without saying that not every book makes a great television show or movie. Putting my finger on why this book didn’t make the leap to the screen successfully has been something i’ve given a lot of thought lately. I am about seven episodes in, and I may revise my opinions once I finish it, but right now, it feels… cramped.

There’s this cramped feeling that comes from taking a large scale show and squeezing it into easily re-used sound stage sets, I suspect. For some reason, the book made me believe in a larger world, but I think I can count the sets of this show in my mind. Oddly, The Expanse doesn’t suffer from the same issue for me (I wonder how the budgets compare?). My issue with The Expanse is that the characters I know and love from the books are so much further along, and I’m impatient to see them develop the relationships that are fresh in my mind from the books.

The other problem with Kovacs is possibly that the lead doesn’t do much for me with his performance. He feels a bit wide-eyed and taciturn and honestly a lot more of an asshole than I remember. Hard to capture the hard-boiled Takeshi’s narration in a television show, I suppose.  Finally, there’s a lot more violence against women than I remembered and while I understand the point of it, I’m not as comfortable with it now as I might have been at the age of 25. My eyes have been opened to a lot of things since then.

It’s got me thinking that some of my favorite books might not be the best candidate for the media hypercash jump. I’m not sure that I would ever want to see Perdido Street Station with actors taking on imitations of my favorite characters. I’d rather not be put in the position of being that snooty-ass bastard who says: “I liked the book better.”

That said, if anybody wants to adapt any of my stories for the screen, you know how to get ahold of me. I still got bills to pay just like most of us, and I don’t blame anybody for taking those stacks of cash.

One last thing that I couldn’t figure out how to fit into the flow of all that above: if Netflix decides to make a spin-off about Poe’s adventures as an AI house, I am there. 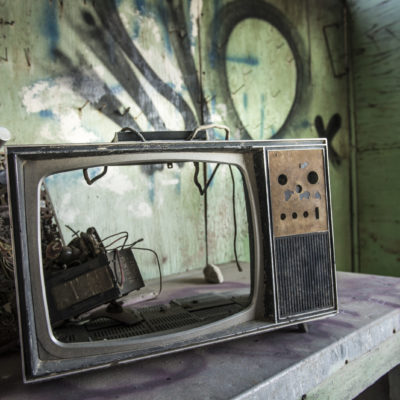 CultureTV is coming, I still love you Richard Morgan, I will also sell video game rights, Takeshi is an asshole