Thoughts from an Ongoing Midlife Crisis

My name is Jeremiah Tolbert and I’m in the depths of a midlife crisis.  Nothing could be more boring and cliched than a privileged white guy feeling out of sorts and uncertain about who he is and who he wants to be, but here we are. At this point, I assume you’re only reading this blog if you have an interest in me as a person, so I feel comfortable being more honest about the state of my life. I turned 40 in 2017, and since then, I have been struggling quite a lot.  Especially creatively.  I have not successfully written a story in almost two years now, and I’m having to own up to some other project-based creative failures lately that has me taking a deep look at who I am.

The trouble for me really began in my day job as a freelance web developer.  After the Trump election, business took a steep decline – number of prospective clients shrunk, and budgets for those projects I did have tended to shrink also. I had been on track to potentially hire my first full time employee, but that was quickly discarded in favor of just surviving. I began to have to put in 10-12 hour days to keep things on track, and that left little time for writing.  Where once I had plenty of time for writing and dealing with other creative pursuits, paying the bills soon consumed almost all my waking time.

After about 10 months of this, I began to fall apart mentally and physically. I began to suffer back problems, I gained weight, and I slipped into one of the worst depressions I’ve ever experienced. I sought help pretty quickly and was able to mostly right the ship with a good therapist, but I’ve been left disarmed and stripped of defenses.  Business is still a lot more difficult than it was before, and it’s ticking up a bit. I’m trying not to get my hopes up.  I’m still very much in a recovery/survival mode there.

These days, I’m still working hard, but I have better boundaries between life and work.  I’m not always creatively fulfilled by the work I do (hence why I used to write). However, I’ve lost the bridge to my personal creative work. I’ve spent more hours staring at a blank screen in the past year than all my other years put together.  Motivation is an issue, but I’m also, well… blocked (another ridiculous cliche). I’ve tried taking on other creative pursuits, but I’ve failed at them too, disappointing people who were counting on me in the process.

I’ve spent a lot of time daydreaming about other work, feeling that my life would be on a better track if I just gave up on my freelance life and landed work doing some kind of dream gig. I’ve spent time playing around with game design, thinking that maybe that was what I really wanted.  To say that I’ve gotten “nowhere” would be an insult to “nowhere.” I don’t feel like I’ve even gotten that far.

The main thing I’ve learned in 2018 is that there is a big difference between the things I think would be really cool to do and the things that I am actually capable of accomplishing. So many things I think I’d love to do, I fail at ever doing for so many reasons (not the least of which being talent and time). It is probably time to learn that I can appreciate a thing without trying to learn how to make/do the thing too.  I’ve spent years chasing phantoms when I should have been establishing core competencies.

The hard realization that has set in lately is that I’m not the creative wunderkind I wanted to grow up to be. I really wanted to learn how to do it all, but life is too short and it takes too much time to become competent at more than a handful of items. I’m just a guy who builds websites and sometimes writes decent short stories when life doesn’t get in the way. It’s not even close to the full extent of who I wanted to be, but it’s going to have to do. Maybe that’s what a midlife crisis really is? Coming to terms with the limits your remaining life has. It’s when your dreams and the reality of your life start to overlap in a way that means they can’t really coexist anymore. It’s time to grow up and learn to accept some disappointment in yourself, and to become realistic about who you are and what your creative limits really are. My hope is that going through this crucible of realizations and disappointment will leave me with a stronger bedrock as a person.  Probably even more boring and mediocre than before, but hopefully a little happier and more grounded in reality.

I’m just hoping that when this period of crisis is over, I’ll let myself dream again. I miss it already. 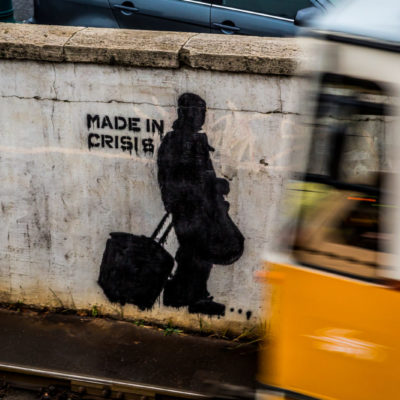