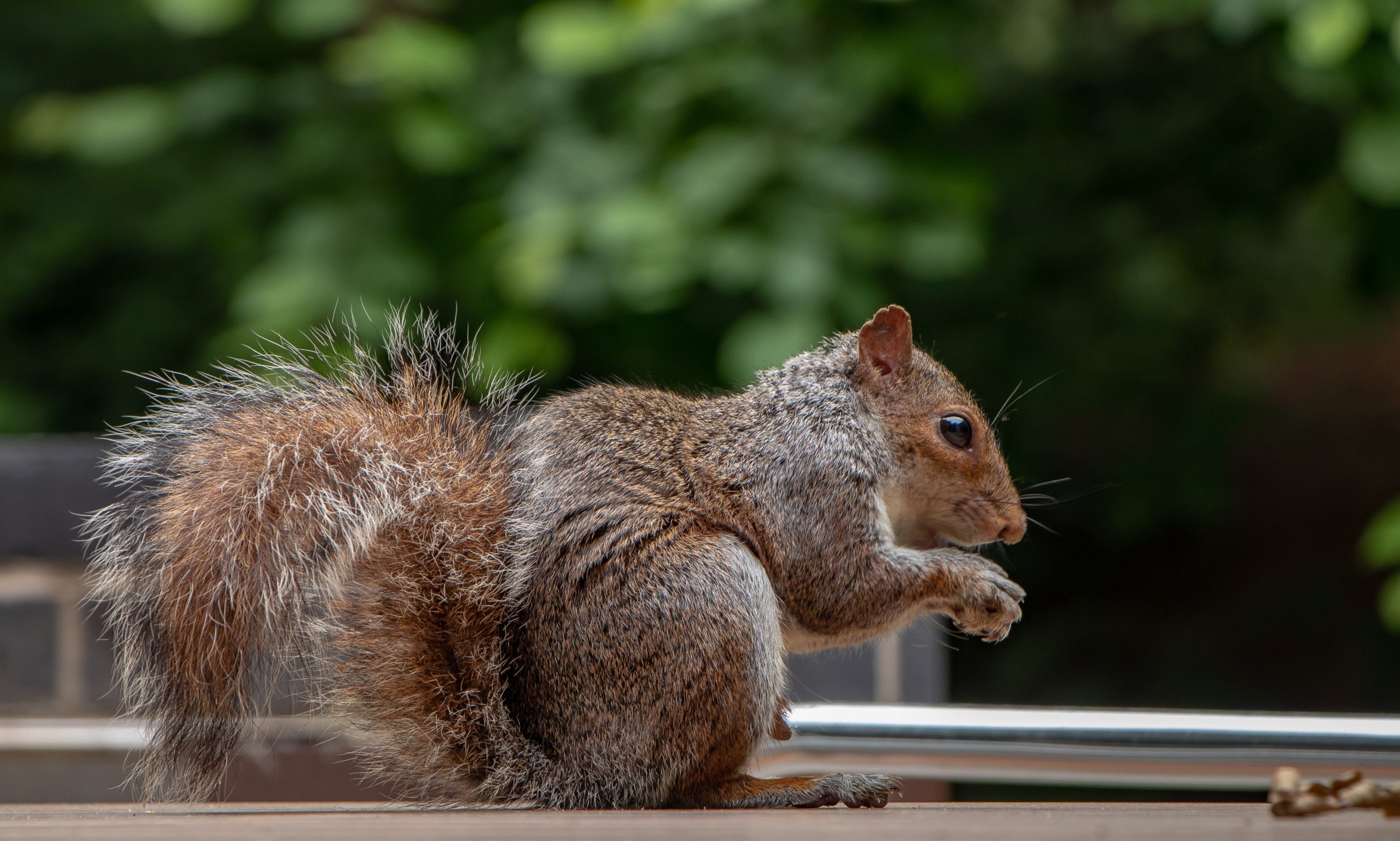 An Update Regarding my War With the Squirrels

The squirrels of my little neighborhood are no joke. I hate them and I consider them my mortal enemies. In my defense, they initiated hostilities.

Shortly after moving in, a squirrel threw a walnut at me not once, but three times. Once or twice, I could forgive as an acidence. But three times? Malice. Each time they missed, because I am better than them at literally everything except climbing trees, and I always remain vigilant in my own yard.

The next summer, one climbed up directly outside my office window and sat on the porch railing. No big deal, right? Wrong. It ate a live cicada from the tail up to the head, insect screeching until the final bite, and all the while, the squirrel never broke eye contact with me. I am not exaggerating. Once it finished the cicada, it hopped down and ran away. Message received, you furry little bastards!

We try to grow fruits and veggies, but they strip our garden of anything that appears edible, especially the tomatoes and strawberries. Sometimes, they even try chewing on my 3D printed stuff that I have curing out there. In the fall, the sound of their teeth scraping against walnuts and pecans from neighboring trees is a symphony I can only escape by playing loud music at all hours. Their gnawing is a taunting that agonizes my very soul.

Recently, we put up a bird feeder to draw more songbirds to the yard. It’s one of the fancy kinds that slide shut if a squirrel climbs on it. I’m not about to feed these freeloading pests for free, or so I thought. First, they chewed a HOLE in the bottom corner and dumped it out that way. Sarah patched that, so the next thing they did was chew through the rope hanging it from a tree. They dropped it to the ground and cleaned up, literally and figuratively. They did this twice to two different ropes before we finally used a chain and thus far, they haven’t found a way to defeat that, but I won’t be surprised when I hear a squirrel sparking up a blowtorch outside my window.

They are voracious tree rats, good for nothing, barely hunted at all by local predators. It was one of the happiest days of my life when I witnessed a local hawk eating a nice fat squirrel in a neighbor’s yard. You see, squirrels are good at avoiding avian predators –it’s tough to fly and hunt between the tree branches they infest. We have a pair of owls that regularly roost in our yard, but they never seem to eat the squirrels. No matter how many times I beseech them for an alliance.

I spend a not insignificant part of my day in the summer banging on windows to scare them away from plants and vegetables. I’ve thrown my fair share of walnuts back at them, too, I must admit, never hitting once. The squirrels know to keep their distance from me. None of them had murdered anything or thrown anything at me for a year or two.

I thought we’d come to an understanding. I was wrong.

Imagine my surprise when twice in the past few days, I have stepped out in my yard to be straight up charged by squirrels. Twice, I’ve now had a squirrel dash up to me, skid to a stop about a foot away and wait a moment, staring, before finally retreating. I have been so stunned each time that I’ve been frozen, speechless.

At first I thought maybe they were expecting me to feed them, and I wondered if a neighbor has been doing that. But now, after recounting the above stories here on this blog, I’m not so sure. I am starting to wonder if they’re testing boundaries and defenses; if they’re trying to bluff me with charges, like some bull elephant did in Kenya 20 years ago. I’m going to have to start carrying a broom with me every time I go out into the yard now, just in case.

If I am found dead in my yard with no obvious wounds, do not suspect suicide. Do not accuse humans of murder. Know with certainty that the squirrels have finally become victorious. Until then, the war continues. And you can be sure, if they manage to take me out, I’m taking as many of them as I can with me. 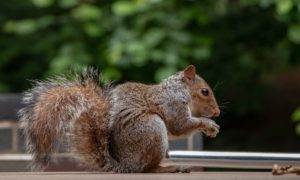