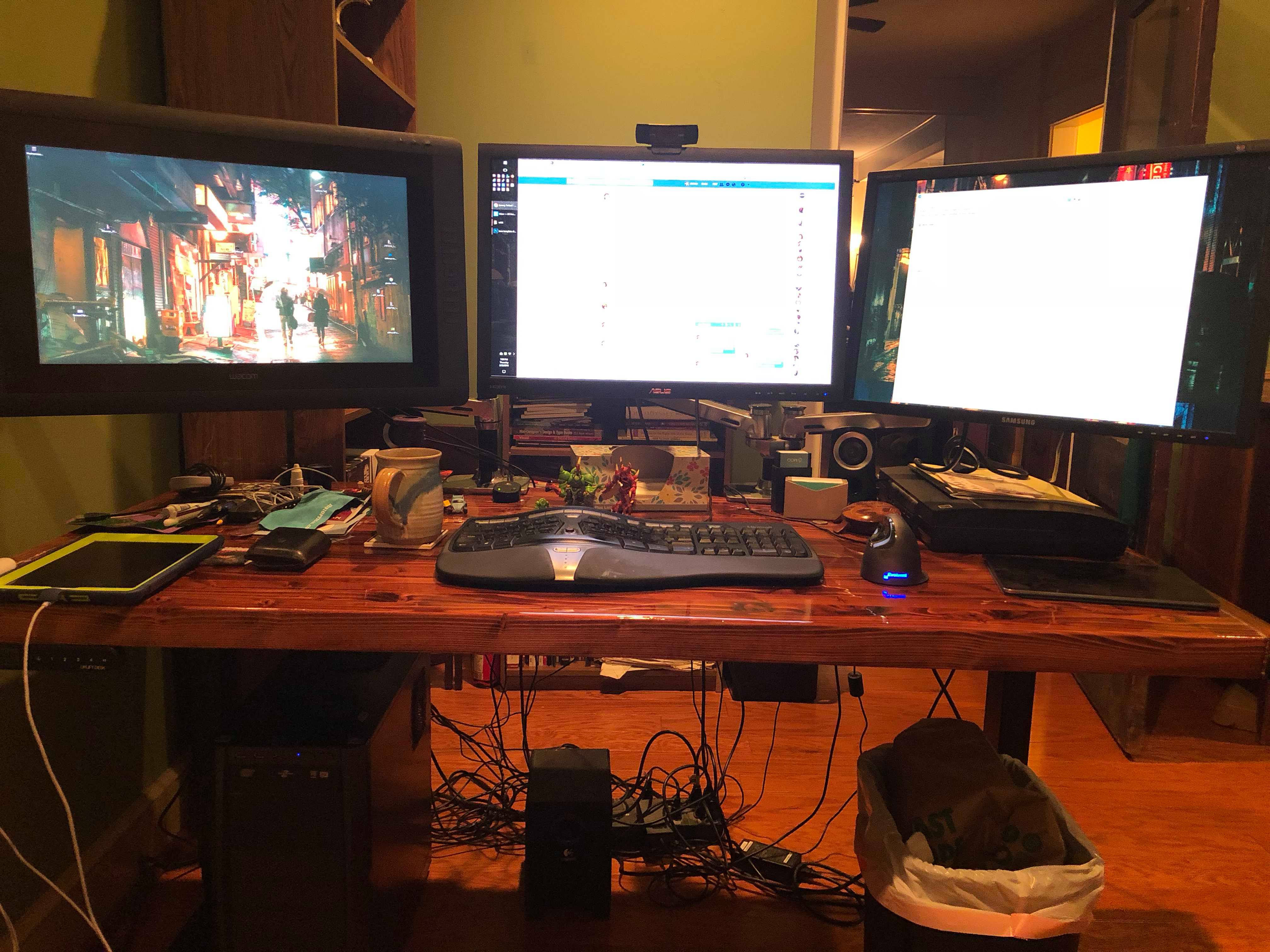 I’ve been struggling a bit with my six year old desktop machine for a while now.  Its been show signs of imminent hard drive failure and the upgrade from Windows 7 to Windows 10 left it odd.  Lately, windows would lose focus and refuse to come back into focus for no apparent reason, requiring a computer restart.  Chrome started taking an astronomical amount of memory for no good reason.  I decided yesterday that it was time to purchase a replacement. I resolved to spend the rest of the day moving files onto it, getting my software and development environments set up, and then today, I’d be back to work for my clients.

Computers are awful, terrible things that I don’t know how I would make a living without. I asked my wife today if she could remember the exact moment in time I went from loving computers to seeing them as little more than a necessary evil. She suggested it was while I was in college, learning a particularly buggy 3D rendering program called HASH: Animation Master. I poured more hours into learning that program than I did earning my degree, and half of them because it crashed often, losing all my work.

I save compulsively now and rarely ever lose more than a couple of minutes of work. Thanks, Hash!

Nothing ever takes how long you think it will when you set up a new machine, especially when replacing one you’ve had around forever, because half of the things you do on it have become muscle memory. It’s a trippy feeling to reflexively attempt a task and realize, oh, no, that application isn’t installed yet. I’m a fairly competent computer user, and I can only just imagine what this process feels like for someone who finds computers more challenging.

Well–that’s not entirely true. While I was waiting to pick up the new computer from having some more RAM installed at Micro Center, I stood next to the help desk and listened to the woes of many a senior computer user who, and I’m only loosely paraphrasing here, “just wanted the damn thing to work.” Amen to that, Granddad. You speak for us all. Despite my sympathies, listening to one poor tech patiently explain the same thing over and over again triggered my front line tech support PTSD and I was so physically uncomfortable I had to walk out of earshot to regain my calm. I hadn’t realized until then just how stressful I had found being a tech back in the day. I still do plenty of tech support, but not for hardware. Never hardware. If you open up the case of a modern computer wrong, the souls of demons will come screaming out. This shit is black magic compared to my 486.

Somewhere, a sixteen year old is reading the above paragraph and rolling their eyes so hard they’ll need transplant surgery when they’re my age.

Today, I’m typing this while yet another large batch of software applications install. I’ve nearly tweaked the new machine’s configuration to match the old one, far as I can tell. I intend to keep the old machine hooked up to a KVM switch for at least the immediate future so I can get back to it as needed. It will replace our Windows XP-running media PC as the media server for the house, but it will likely be months before I fully reconfigure things and catch every esoteric little thing that I need tweaked exactly right to feel at home.

I am newly resolved to avoid going through this nightmarish process again for at least ten years. After spending most of my adult life replacing my computer every three years, this last one made it six years (thank you, joys of parenting). Who knows? Maybe this one will last me into my sixties! Maybe I’ll finally become that cranky guy who writes on a decades-old word processing software because it’s what he knows and he doesn’t have enough time left to learn a new one.

Who am I kidding? I’m already that guy. I was using Word 2003 until this upgrade! Now if you’ll excuse me, I need to go take my fiber pills and blood pressure medication.

Pictured above, my workstation, prior to the switch. That’s where the magic happens, people! 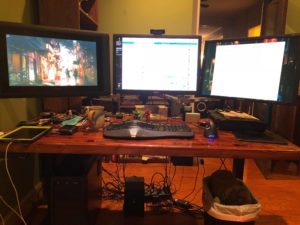